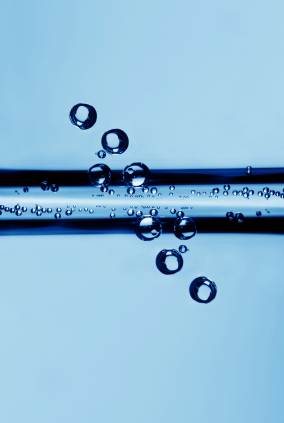 Base oil viscosity in general is very important. The base oils choice has to be adaptable and resistant to it’s environment. The speeds and loads of machine bearings generally dictate what base oil viscosity should be used. The Viscosity Index (VI) of an oil is calculated from its kinematic viscosity at 40°C and 100°C. The result of that calculation indicates the temperature/viscosity relationship of that oil. An oil with a high VI experiences smaller decreases in viscosity as the temperature at which it is working increases than does an oil with a lower VI. Therefore, as the ambient temperature decreases, the viscosity of a high VI oil will increase at a lower rate than that of an oil with a lower VI. This leads to better thinning resistance and better film strength resistance under hotter conditions, making oils with a high viscosity index more beneficial. Viscosity Index is an important parameter when it comes to lubrication selection. Many believe viscosity index is part of the overall viscosity grade, but it’s actually in a category of it’s own and serves as an independent lubricant performance difference maker. While viscosity determines the film thickness and film strength in certain applications, viscosity index brings temperature into the equation. Base oils and lubricants are meaningless unless temperature is factored in. An application’s viscosity requirement is based on elements such as speeds and loads. The faster the machine bearing (less the load carrying needs), the lighter the base oil VI’s typically need to be. The slower and more load carrying bearings will require a heavier VI base oil.